For the last 5 years, Team Jolokia has  participated in the most prestigious sailing offshore races in France and around the world.

The team sails on a Volvo Ocean 60, a sailing yacht built for an extreme crewed around the world race. Our crew is unique in the world of offshore sailing as it represents as much as possible the differences in our society instead of gathering the best specialist for each role onboard. In total, 20 people are part of the team and 12 are chosen to participate to each regatta.

Each year we recruit a volunteer crew based on criteria such as commitment and fitness.

In the yearly selection process, Team Jolokia looks for candidates who bring a difference that can benefit the team. From the beginner to the experienced sailor, handicapped, senior, women, foreigner, everyone has a chance to be part of the human adventure!

In 2017, the team participated to 6 races in a few months, including Cowes Week, the Fastnet Race and the Voiles de Saint-Tropez. Our original team made of non-professional sailors has performed very well, competing among the best teams, they have proved that diversity and performance were not opposed. Results have improved each year. 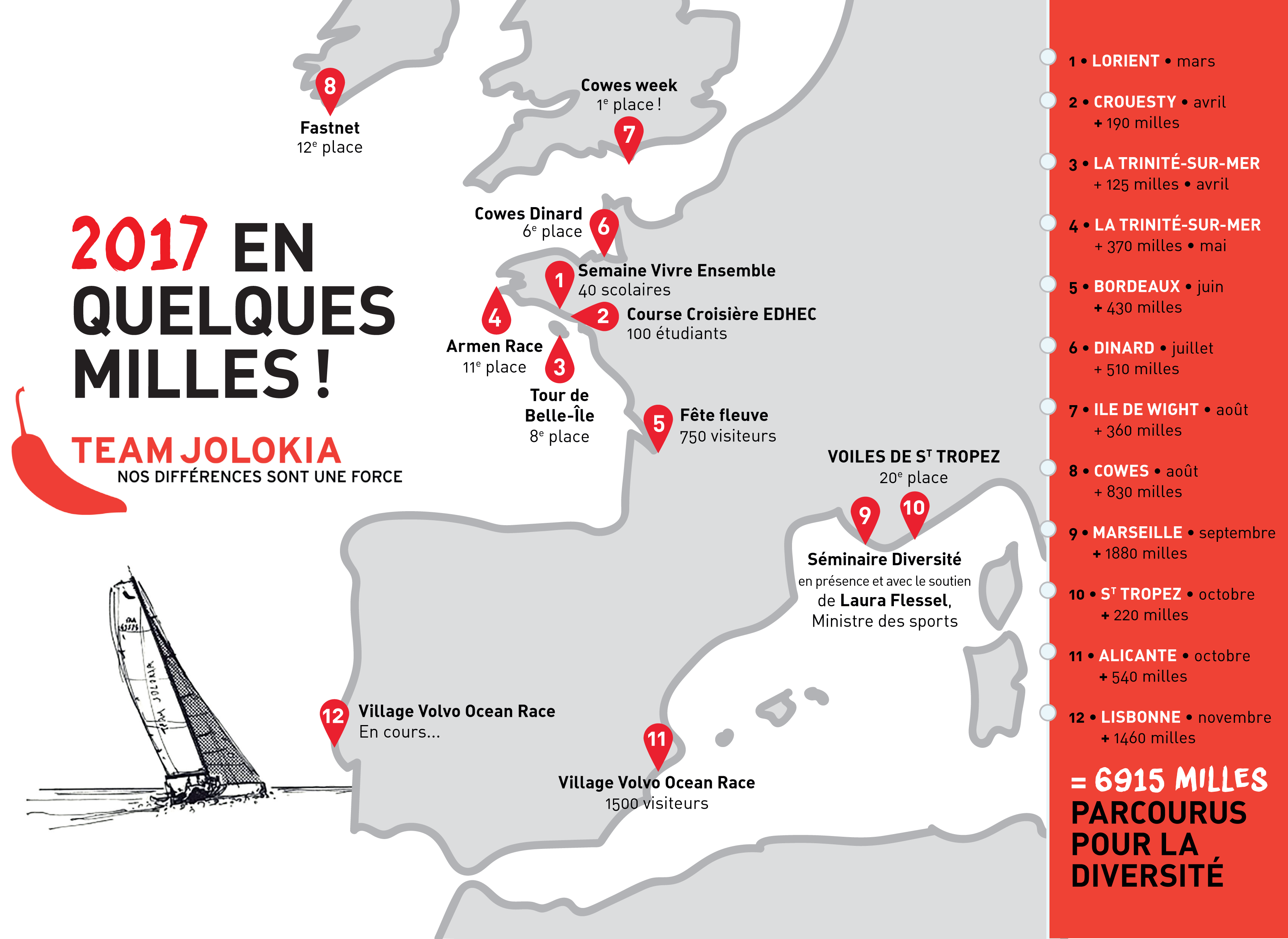 Results from past seasons